A mobile robot has been introduced that can determine the distance between human beings and also notify them when they are too close together. While this might sound a bit like Robocop, it’s not exactly there yet. 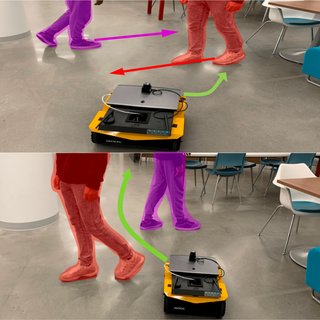 This Robot Can Identify Distance Between People And Objects

PhD student  Adarsh Jagan Sathyamoorthy at the University of Maryland, College Park along with his colleagues have built a robot that has depth perception that allows it to detect the distance between people or objects.

As the robot is mobile, it can be used to detect the difference between crowds that are too close together and it can then also let them know and encourage them to space apart to a safer distance. According to the paper, this is done “discretely, using a mounted display.”

The authors chose the distance based on the CDC recommended 6 feet (2 meters) but as evidence continues to grow and shows that virus particles can move even farther, the robot can be reprogrammed in accordance to any policy changes.

Determining the distance between members of a crowd that are stationary is easy enough to create, but Sathyamoorthy’s bot can do much more. It can detect ongoing breaches of physical distancing between people moving around and it can also determine which people’s proximity will help facilitate transmission, like larger groups. 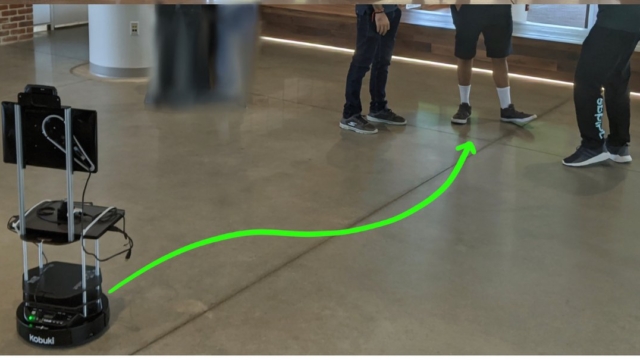 This Can Help Reduce Disease Transmission

The robot that the team has built has been effective on volunteers that imitate crowds. It uses LiDAR and cameras and can also be connected to CCTV cameras, which might sound a little bit like 1984.

The still to-be-named robot also has a thermal camera that can spot people with a potential fever. This will mark the person straight to the top of the list in order to keep them apart from crowds and this tech can be used for contact tracing. The authors stress that this will be used with de-identification in order to protect people’s privacy, but that is still concerning to some.

One limitation that the paper admits is the fact that the robot cannot  “distinguish between strangers and people from the same household.” This can obviously be very limiting when it comes to how useful the robots can be.

While this might sound like it has come out of a dystopian novel, as well as the fact that the authors called it a COVID-surveillance robot, they did shared that:  “A lot of healthcare workers and security personnel had to put their health at risk to serve the public during the COVID-19 pandemic. Our work’s core objective is to provide them with tools to safely and efficiently serve their communities.”