German motorcycle company Hookie has been working on a concept for a two-wheeled lunar vehicle that would be the first of its kind. This might sound like it’s right out of Star Wars, but it would be a great way to get around the moon. 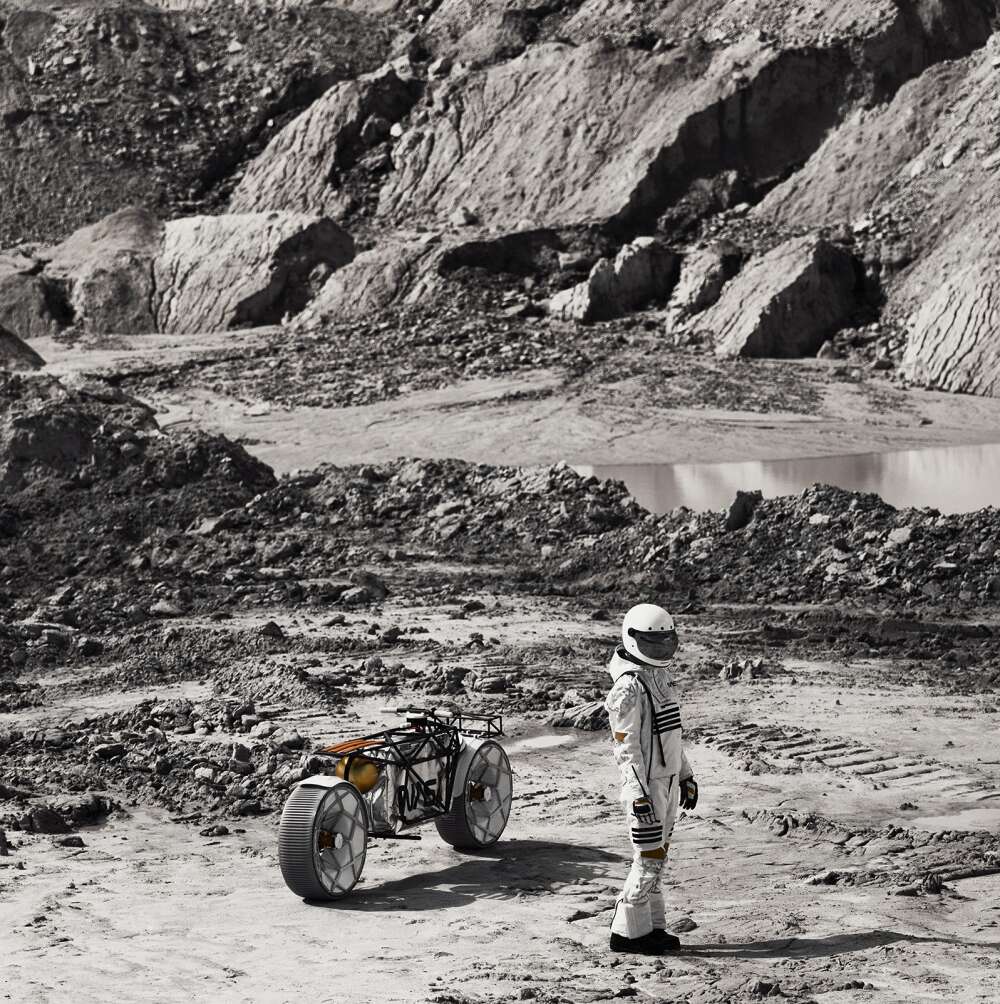 The “Tardigrade,” lunar motorcycle is right now a fictional concept that is actually inspired by NASA’s lunar rovers. They would be able to move around the Moon at up to 9 miles per hour, which is faster than the current existing lunar vehicles, but will be more maneuverable than those that already exist.

The name Tardigrade comes from the impressive survivability as well as resilience of water bears, which are microscopic. They company is aiming for the bikes to move around much fast than water bears.

Although the bike’s design looks simple, actually creating is anything but that. These bikes must be incredibly light but also very strong in order to handle the hostile environments they will face. They will need to require only light maintenance while on the moon. 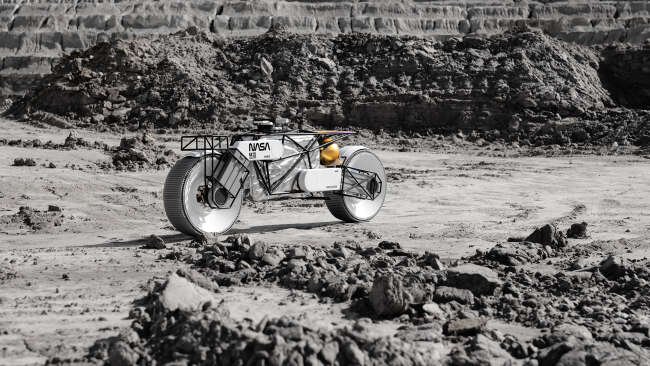 The bike is supposed to weight 300 pounds, which is 2/3 of the weight of the existing lunar buggy. It also takes up much less space, which will be crucial when it comes to payloads of the future space missions.

Nico Muller, co-founder of Hookie, told Interesting Engineering: “A moon buggy requires almost the same space as 3-4 Tardigrades. The weight is much less than that of a complete buggy made out of steel.” The custom made wheels will carry out the weight of the bike easily, and there will be a sleek space motorcycle suit to match the bike. 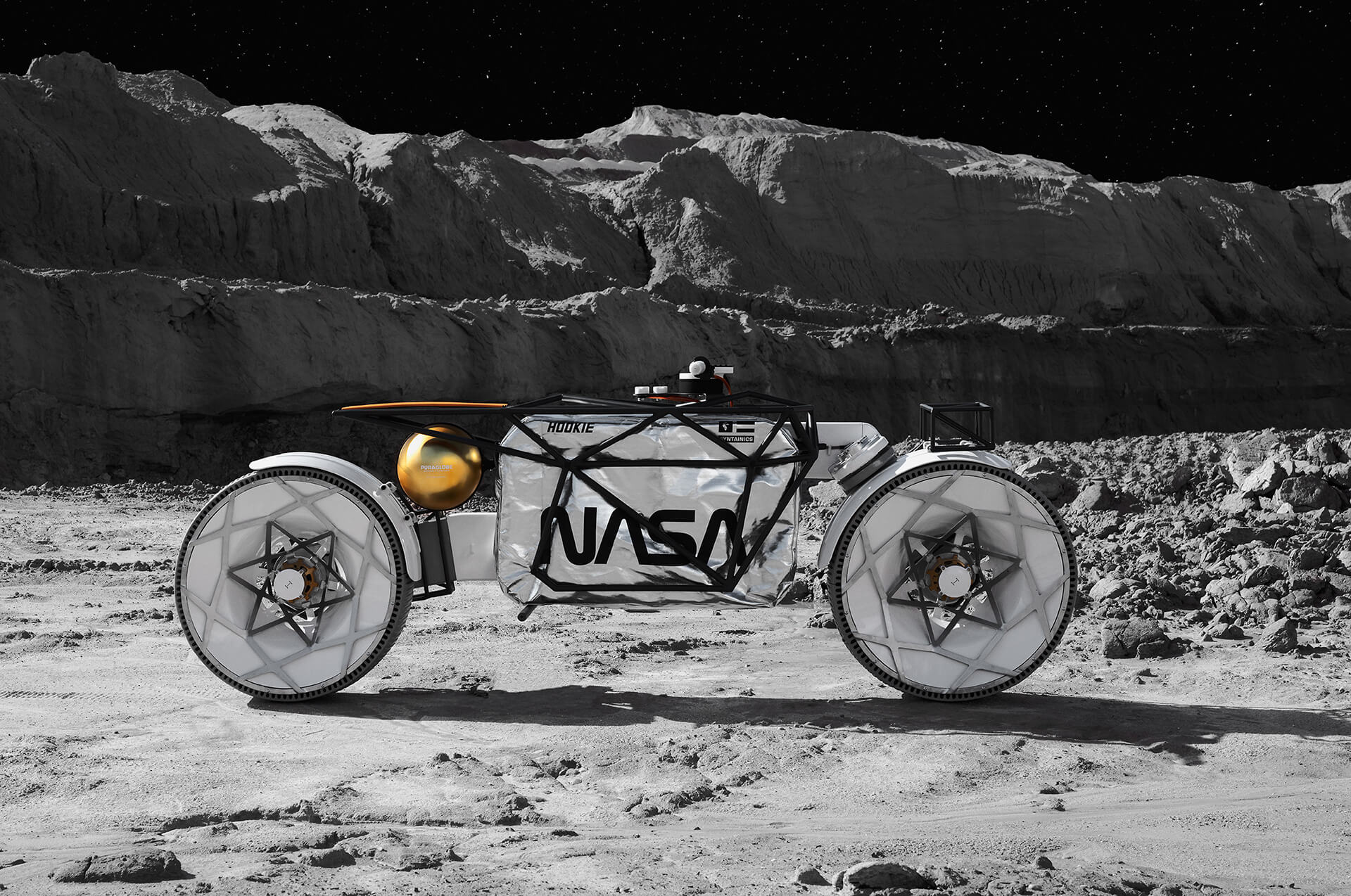 Of course, the Moon’s surface does pose some challenges. The lubricant needs to be designed for electric motorcycles and also be suitable for space. Hookie joined forces with PURAGLOBE, which aims to create such a lubricant.

Hookie co-founder Sylvia Muller shared: “That was an incredible amount of work, and even for us, this was quite special.” The designers shared that the concept left NASA “speechless.”

While the Tardigrade is still a concept, it is getting closer to becoming a reality. Hookie will be presenting the bike at ADV: Overland exhibition at the Petersen Museum in California.